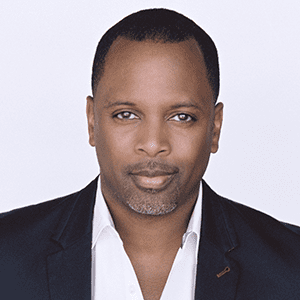 TOPICS IN THIS VIDEO

Touré is the founder of one of the most influential faith and empowerment congregations in the world, The Potter’s House at One LA. Recently, he also took the helm of another prominent faith and humanitarian organization in Colorado, the Potter’s House of Denver.

TOURÉ IS A BESTSELLING AUTHOR, SPEAKER, PRODUCER AND AN INFLUENCER OF INFLUENCERS.


A significant amount of Touré’s following include top performers in business, entertainment, sports, corporate executives and the faith community.

Touré is the founder of one of the most influential faith and empowerment congregations in the world, The Potter’s House at One LA. Additionally, Touré recently took the helm of another prominent faith and humanitarian organization in Colorado, the Potter’s House of Denver.

His modern approach to faith, and empowerment attracts thousands to his physical campuses each week, as well as a massive online digital campus of more than 300,000 subscribers. His robust audiences tune in to experience Touré’s transformational teachings on subjects including faith, the realization of potential, purpose, greatness, relationships, and entrepreneurship. Touré’s reach is further extended through a weekly podcast and a robust social media following of several hundred thousand people.

Touré is a sought-after speaker who has graced a variety of platforms including premier leadership and relationship conferences, cultural festivals, Yale University and Variety Magazine’s annual Faith and Entertainment conference. Touré has been featured on many local and national television programs including CBS, KTLA, Discovery Channel, OWN, Hallmark Channel, BET, FOX, and TV One.

Touré is the author of two published books, “Purpose Awakening: Discover the Epic Idea that Motivated Your Birth” released in 2014 and “Wholeness: Winning in Life From the Inside Out” – a #1 National Bestseller in 2018.

Touré, the producer, recently made his first mark in the television space, co-executive producing a multi-cam sitcom, the pilot of which was ordered by ABC. Under his entertainment company Modern Faith Media, he continues to create high-quality content that aims to bring transformative productions to the marketplace with a commitment to high-production value, creative excellence and second-to-none performances.

Touré’s passion also includes inspiring and empowering emerging leaders in faith, entertainment and business and created “The Called”, a comprehensive resource with the development of those leaders in mind.

Touré’s highest honor is being husband and best friend to his incredible wife and partner-in-everything he does, the author, businesswoman, producer, pastor and top women’s influencer Sarah Jakes Roberts. Together Touré & Sarah have six children.